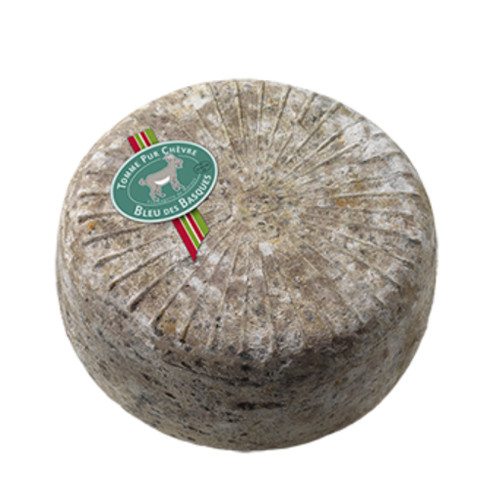 Onetik is the largest dairy cooperative in the Basque region and is usually associated with ewe’s milk cheeses that are traditionally produced on a seasonal basis.
This natural rind blue was initially created to keep the dairy busy when the ewe’s milk was in short supply, but it quickly became so popular that it is now produced most of the year.
The smooth, semi hard texture is laced with a web of blue mould which adds a salty blue kick to the lingering goaty flavour.

Serving Suggestion: Why not enjoy this cheese like the locals in Basque Country and pair it with some black cherry jam and baguette.

Wine Pairing: Enjoy with light wine or desert wine such as Sauterne.

*All our cheeses are cut by hand so the weight may vary slightly :)