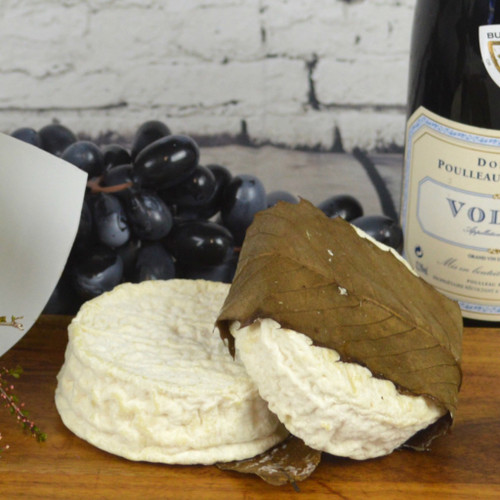 Mothais a la Feuille is a French goat’s cheese originating in the Poitou-Charentes region of western France. It is named after the town of Mothe-Saint-Héray where the cheese has been made and sold since the 19th century. Mothais a la Feuille has a soft, runny texture that becomes dense as it ages.

Serving suggestion: On a platter, with french baguette.